In case you haven’t heard about this previously, I’ll fill you in on the info up front – the algorithm that Google has used for years to calculate Page Rank is going to soon be expiring on the patent front. Seo Round Table has an article that discusses this in some detail, at least with respect to the patent filing and limitations:

The first version of the PageRank technology was created while Larry and Sergey attended Stanford University, which owns a patent to PageRank. The PageRank patent expires in 2017. We hold a perpetual license to this patent. In October 2003, we extended our exclusivity period to this patent through 2011, at which point our license will become non-exclusive.

The article gives some further information on the patent if you are interested in the details.

So – what is Google going to do? Well, one thing is for sure, the search engine giant has not been sitting around twiddling their thumbs. There have been many, many, patents over the years that have come from Google about refining and changing the search algorithm and how they go about ranking websites.

3 Google Algorithms We Know About & 200 We Dont – Portent

In this post, I am going to explore the 3 algorithms that we know for sure Google is using to produce search results, and speculate about the 200+ other algorithms that we suspect they are using based on patent filings, reverse engineering, and the Ouija board.

There are many definitions of algorithm. The National Institute of Standards and Technology defines an algorithm as “a computable set of steps to achieve a desired result.”  Ask a developer and they will tell you that an algorithm is “a set of instructions (procedures or functions) that is used to accomplish a certain task.” My favorite definition, and the one that I’m going with, comes from MIT’s Kevin Slavin’s TED Talk “How Algorithms Shape Our World”: algorithms are “math that computers use to decide stuff.”

The most famous Google algorithm is PageRank, a pre-query value that has no relationship to the search query. In its infancy, the PageRank algorithm used links pointing to the page as an indication of its importance. Larry Page, after whom the algorithm is named, used the academic citation model where the papers citing another were endorsements of its authority. Strangely enough, they do not have citation rings or citation buying schemes as with web links. Warning, scary, eye-bleeding computational math ahead. 3 Google Algorithms We Know About & 200 We Dont – Portent

If you’re looking to find out more about specific algorithms and ideas, dive into that article – but the important message is this: Google has been creating, developing, and enhancing search and ranking algorithms since day 1. Hopefully this does not come as a surprise.

It seems that there are patents indicating the ability to globally score a set of pages (a site) and to incorporate the ability to distinguish between related items and score accordingly based on percentage of content. For example, if you have 100 pages about car maintenance and 3 pages about car cleaning, even though they are related, you won’t gain the authority for 103 pages in related to car cleaning since most of your site is more closely related to car maintenance.  There are many aspects to this (and not just based on number of documents). This article goes into deeper depth and gives some great examples while discussing the patent that was filed in September 2014:

A Replacement for PageRank? – SEO by the Sea 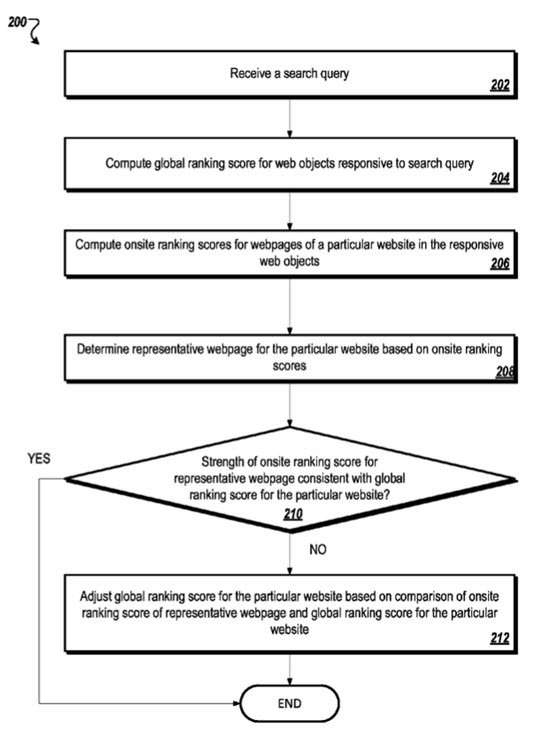 Representatives from Google announced recently that they would no longer be updating the PageRank toolbar signals for web pages. Google had been updating those 3-4 times a year for over a decade.

A Google patent granted this past September has aspects that involve a global score for web pages (or web sites) that in some ways are similar to PageRank.

It also has a way of ranking individual pages within a site that could lessen the global score if the pages that are similar to a query aren’t very important to the site.

Above, where there was discussion of a “representative” local scored web page, if the query involved men’s watches, the “representative score of the watch pages might be pretty low, and those could negatively impact a combined score for all pages. That site, that doesn’t focus much on Men’s watches (2 pages only, out of possibly a whole lot more, probably shouldn’t rank that well for the term). A Replacement for PageRank? – SEO by the Sea